Skip to content
IT Salaries and Job Descriptions are Changing: How do they Stack Up?
November 29, 2017by admin 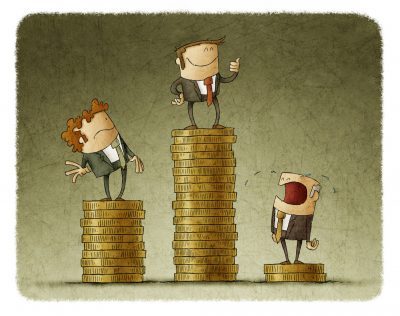 One reliable constant in the technology world remains its rapid rate of change. This golden rule also applies to job roles and their subsequent salaries.

Some of the hottest IT jobs around the turn of the century are now afterthoughts in the current market, while new positions emerge on a yearly basis, especially related to DevOps. All this churn makes creating a staffing plan uniquely challenging.

Here is a closer look at recent survey data concerning the DevOps job market. Leverage this information to ensure your organization prepares for the shifting industry throughout this decade and beyond.

DevOps becoming an IT Industry Standard

Puppet, makers of an open-source configuration management tool, recently released the 2017 DevOps Salary Report, revealing the changing face of organizational structures within the technology industry, even when compared to the previous year’s survey. For example, last year “system administrator” was the most common job title, while “DevOps engineer” ranked fourth on the list. In 2017, DevOps engineer ranked at the top of the list, while system administrator fell to the fifth spot.

This switch reflects the fact that DevOps is rapidly becoming an industry standard, as businesses strive for a competitive advantage by making their software development and deployment processes more efficient. In addition to changes to their IT organizational structure, companies also leverage automation and other tools for a boost in operational efficiency.

The Changing Compensation of the DevOps Market

The Puppet study also noted a few other trends within the DevOps world. Overall salaries for DevOps practitioners remain steady, while manager pay has actually dropped over the last year. There is also a correlation between higher pay and the number of servers under management at their employer, until that number reaches 2,000 and then salaries level off. Companies using automated processes also tend to pay more than those who still primarily rely on manual systems.

Nearly half of US-based DevOps professionals earn an average annual salary from $100,000 to $150,000. A similar 48 percent work in either the technology or financial industries. Professionals with a title of either DevOps engineer, software engineer, or architect command the highest salaries, typically in the six-figure range, while nearly two-thirds of system administrators earn $50,000 to $100,000.

Even as DevOps salaries remain steady, there’s no denying it remains a lucrative area of IT professionals.

If you need additional insights on the technology world, talk to the experts at The Ceres Group. As one of the top IT staffing agencies in Boston, we can help you reach new levels of success. Contact us today to learn more!