Skip to content
The Results are in! What are The Top Programming Languages This Year?
September 14, 2020by admin 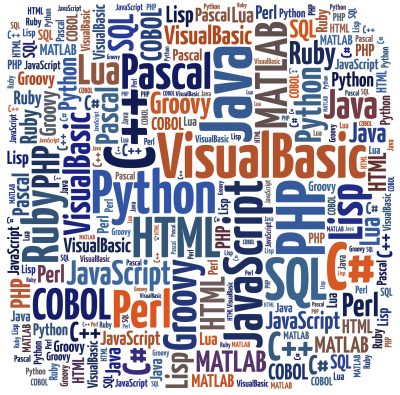 A successful career as a software engineer requires keeping abreast of the hottest programming languages in the industry. This same rule applies if your company hopes to hire a few developers this year.

After all, a hot language today might end up being less popular a few years. And no IT professional wants to bet their career on dated technology.

As determined by IEEE Spectrum magazine, here are the top programming languages currently used in the enterprise to write everything from mobile apps to machine language algorithms. Their methodology takes into account everything from GitHub usage to Google search queries. Use this information to stay informed on a constantly changing software development world.

When it Comes to Programming Languages, Python Ranks as the Top

Python continues to rank highly on any list of programming languages; standing alone on the top of the IEEE Spectrum list for 2020. An object-oriented and interpreted language, Python is used for everything from web programming to crafting machine language models. That latter use-case remains one reason for its popularity, considering the broad impact of AI/ML in the business world.

After nearly three decades, Java is still widely used in enterprise web applications. Of course, it remains the language of choice for mobile app development on the Android platform. If you want a rewarding career as a software engineer, experience in Java provides flexibility in your choice of job roles.

If you want a programming language that combines the speed of assembly language in a readable format, C remains the choice. This is one reason it ranked #3 on the IEEE Spectrum list nearly 50 years after its introduction. It’s still widely used in high-performance applications and embedded electronic devices.

Essentially an object-oriented version of C, C++ is still extensively used in videogames and other software using responsive user interfaces. In fact, the language is a big influence on both Java and C#; the latter being the main language for the .NET Framework.

Before the introduction of JavaScript, browsing web pages wasn’t too different from reading a book on a screen. The interactivity and user-friendliness of the modern web is largely due to this popular scripting language. A career as a web developer depends on understanding JavaScript and the large number of libraries using it.

Looking for your next opportunity?

If you want to take your tech career to another level, speak with the expert team at The CERES Group. As one of the top IT staffing agencies in Boston, our advice helps put you on a path to success. Connect with us soon!