Skip to content
The 2021 Top Programming Languages to Grow Your IT Career
February 25, 2021by admin 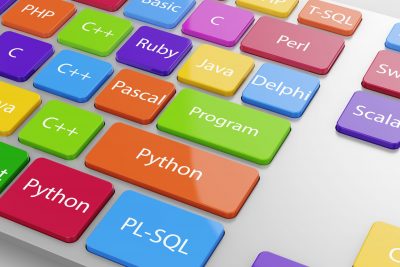 With a career as a software engineer, the learning only stops on the day of your retirement. New programming languages come and go, while others stay relevant for multiple decades.

Importantly, being stuck as an expert in an outdated language – Flash is one example – doesn’t bode well for your long-term professional prospects.

In short, if you want to maintain a lucrative career as a programmer, you need to regularly learn new programming languages. With that goal in mind, here is a list of some of the top software development languages for 2021. Use this information to keep your career path trending upwards.

4 Languages You Should Learn or Master in 2021

Python is one of the most popular programming languages on the current development scene. The reason for this popularity relates to the suitability of the language in data science and machine learning projects. Created in the early 1990s, Python continued to grow in usage since that time. However, the emergence of data science to help companies glean actionable information from databases put that growth into overdrive.

Functional programming languages obviously focus on functions as opposed to the classes typical in object-oriented programming. It gets used in variety of industrial and embedded applications due to its high-end performance. Scala is one of the more popular functional programming languages, and it also supports some object-oriented features. Its speed – much faster than Python – is another reason for its popularity.

JavaScript Lies at the Heart of Web Browser Interactivity

On the scene for nearly 25 years, JavaScript remains arguably the most popular programming language. It’s widely used in building interactive websites and applications. The language also spawned a large array of specialized libraries and frameworks for quickly constructing web applications. These include React.js, Plotly.js, and Dash. The latter two frameworks help programmers display data science applications on the web.

Go continues to grow in popularity in the technology world. A systems programming language, not surprisingly Go boasts many applications in the expanding world of Cloud development. In fact, programmers developed the popular virtual container platform, Docker, using Go. If you work in Cloud administration and want to learn a programming language, Go is a great choice.

Looking for an IT Job? We Can Help!

When you need help taking your IT career to a higher level, speak with the expert recruiters at The CERES Group. As one of the top technical staffing agencies in New England, we know the companies looking for talented candidates like you. Connect with us soon!