Skip to content
What the Data Says About the Path to Equality in Tech
September 22, 2021by admin 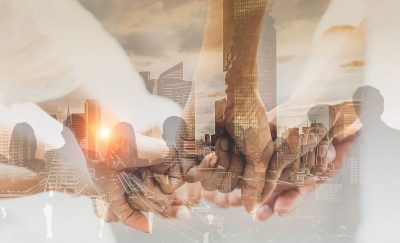 The tech industry continues to strive for achieving meaningful gender and racial equality within the sector. The benefits for employing a diverse workforce remain numerous, and include both ethical and practical reasoning. For example, diversity within project teams helps them collaborate more effectively, leading to improved efficiency.

While IT industry data highlights the progress already made, more needs to happen for a truly equitable tech workforce. Let’s analyze this critical issue affecting the entirety of the technology world. Ultimately, inspiring those still in school to consider an IT career helps achieve this goal.

Update on Equality in Tech

Examining Survey Data on Diversity in the Technology Industry

A recent study surveyed nearly 10,000 IT professionals on their opinions on equality in their industry. The study focused specifically on racial and gender equality and discrimination. It also highlighted the understanding that other forms of discrimination currently exist in the tech world.

Gender Discrimination in the IT World

The types of discrimination include lower salaries, lack of leadership opportunities, and more. The study made it a point to remind readers that many cases of workplace discrimination remain underreported. Even so, the survey numbers reveal the unfortunate fact that gender discrimination happens frequently throughout the industry.

The study reveals similar percentages when it comes to frequent racial discrimination. Black respondents reported the highest at 55 percent. This percentage is followed by Hispanic (39%), Asian (31%), White (30%), and Asian Indian (22%), respectively. The types of discrimination also included lower salaries and the lack of promotion chances.

The Benefits of Diversity in IT

Building a workforce that’s diverse both racially and by gender offers many significant benefits to technology companies. Diversity remains an important business driver, improving employee morale at companies with a diverse culture, according to the study. These firms boast higher creativity along with an enhanced ability to collaborate, an important factor in the modern tech industry. A higher retention rate is also to be expected as with any professionally satisfied workplace.

In short, your organization needs to take the steps to build diversity. The survey reveals today’s technology professional wants to work at a diverse company. In the end, your organization’s viability just might depend on it.

Looking for the right talent to build your team?

If you need help building a diverse team at your company, speak with the experts at The CERES Group. As one of the top IT staffing agencies in Boston, we provide exceptional candidates to help your success. Schedule a meeting with us soon!